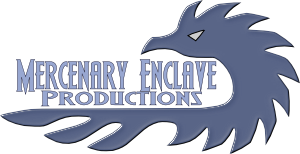 Here's where my other Furcadia-related software projects end up. At first there was only one, the Dragonspeak Recovery. When I decided to make the wizard, though, I felt that these secondary projects needed another page to hold them.
You never know what the future might bring! ^.^

Furnarchy Modules have been moved.

First off, you've got to thank Poth, who commissioned this and then allowed me to post it free for everyone else to use. :-)

Chameleon automatically creates an animated portrait preview image from multiple colorcodes. You can generate them randomly or load from one or more character INI files. (Yes, you can select multiple at once to load!) 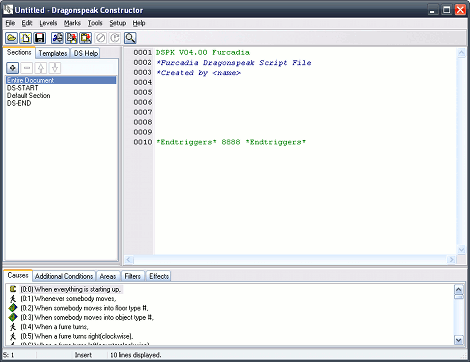 Dragonspeak Constructor is an alternate Dragonspeak editor I've been working on off and on for a few years. It's taken so long because I've variously rebuilt it completely, forgotten it, or simply not been interested in working on the thing at the time. And yes, it's heavily based on the layout of the old VisualDS editor. :)

A while back, I was convinced that I ought to pull it back out and actually release it, finally. It's still work in progress, there may be options visible that do not work (disabled) and some other things may have odd quirks. The line help datafile is far from complete (anyone want to help?) and likewise with the help file. Still, I present it for your interest and usage. :) Feel free to contact me about anything regarding it, (Bugs, features, simple commentary, whatever) it'd be nice to see how much interest exists. 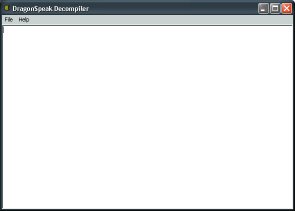 DragonSpeak Recovery allows you to extract the DS code from the unencrypted dreams you've uploaded. It was created becuase I needed to recover a dream I'd made, uploaded, then somehow lost the files. Since I never encrypt my dreams, it worked. It reads the .DSB files in the Furcadia tmp folders and converts them into reuploadable Dragonspeak scripts.

By the way: Do not use this program to steal other people's dreams! I personally wouldn't care if you ripped mine apart to see how they worked, but other people probably would care. So please don't, as a rule of thumb.

Added in last program update:
Fixed a couple of minor bugs in the TXT support, and updated with all the new DS lines.

Download the main app Here. (133k)
Database update: (Extract into same folder as program) Here. (5k)
Note: Database update should be done after downloading the main program. There were a few DS lines I forgot. Ooops.

Perhaps to come later....auto variable recognition and notation?
Oh, and yes, I know it looks almost like Notepad. o.o

To use these, extract into Draconic Magician's Scripts folder. They should show in the list next time the program is run.

If you want any of your own Dragonspeak scripts to be supplied here for use with the Magician, just contact me! ^.^

The Furcadia ReMapper is a tool for dreamweavers, allowing you to take a map and convert all instances of objects, floors, and walls to new types. This is a common issue when dealing with a patch reorganization... and it's amazingly tedious to go through the map and find all instances of the old object to replace with the new.

MapSearch is a console-based (no GUI) utility to quickly return locations of objects, floors, and walls. The original idea was to provide something that could be scripted to work with another application, but it's still useful if you want a quick list of EVERYWHERE you use a given item. This is probably only for those of you willing to brave the strangeness of the command line interface. :P

Requested by Gerolkae of Starship Avalon. :)

This application allows you to do full-map replacements on ranges of objects or floors, to ranges of the same. They can be replaced sequentially or randomly from the replacement table.

This is technically a console application, but it includes a GUI frontend.

Development was paid for by Arden with the express intent that it be released free for all under an open source license. It and all its resources have been licenced for public use under the Mozilla Public License V2! Complete Delphi source is included in the provided install package; you will need 7-Zip or a compatible archival application to extract it.

This utility allows you to clear your Furcadia temporary files on either Windows XP or Windows Vista. Cleared files will be placed into the recycle bin for quick restoration if something goes wrong. Simple source code is provided for those interested, written in Codegear Delphi. 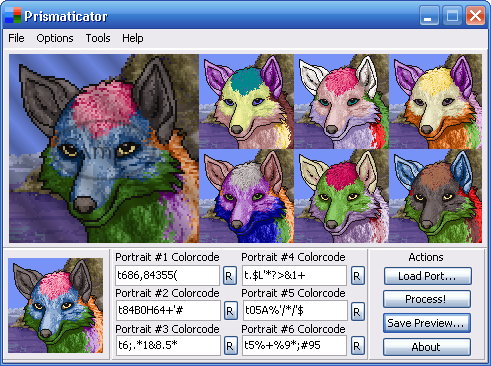 Prismaticator is a tool for all you portrait artists out there! It automates generating the portrait preview montage, as the screenshot above shows.Random colorcode generation, too!
Considering that this is to help you guys show off and sell your portraits, it'd be nice if you'd toss a small donation my way if this application helps you. :)

Version 1.2.0 finally adds FOX/FSH loading support! Do note it's limited to the first image in the file, though, I haven't found a good way to make a simple, integrated selector quite yet. Also has some internal tweaks and a new menuitem to take you to the website. :P

Version 1.2.5 fixes a logic error (thanks Arilla!) and adds the ability to save the output JPGs at different quality settings (three levels) and disable the watermark generation completely if you so choose.

Also, if you want an online Portrait previewer for your website, check out the Portrait Mapper.